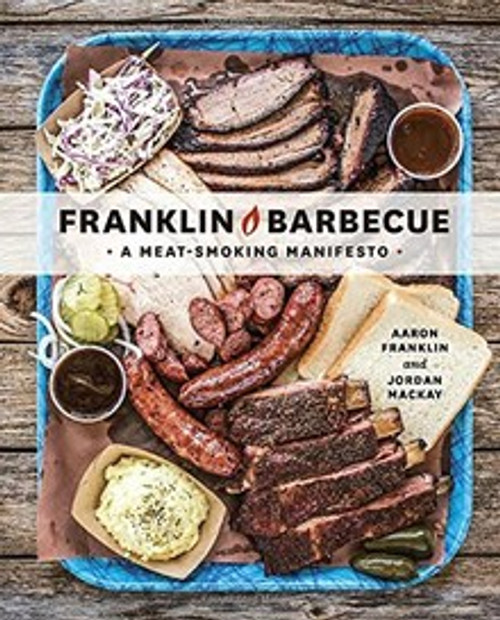 When Aaron Franklin and his wife, Stacy, opened up a small barbecue trailer on the side of an Austin, Texas, interstate in 2009, they had no idea what they’d gotten themselves into. Today, Franklin Barbecue has grown into the most popular, critically lauded, and obsessed-over barbecue joint in the country (if not the world)—and Franklin is the winner of every major barbecue award there is.

In this much-anticipated debut, Franklin and coauthor Jordan Mackay unlock the secrets behind truly great barbecue, and share years’ worth of hard-won knowledge. Franklin Barbecue is a definitive resource for the backyard pitmaster, with chapters dedicated to building or customizing your own smoker; finding and curing the right wood; creating and tending perfect fires; sourcing top-quality meat; and of course, cooking mind-blowing, ridiculously delicious barbecue, better than you ever thought possible.
Author: Aaron Franklin, Jordan Mackay
Format:Hardcover
Pages:224
Publisher:Potter/TenSpeed/Harmony (April 7, 2015)
Language:English
×